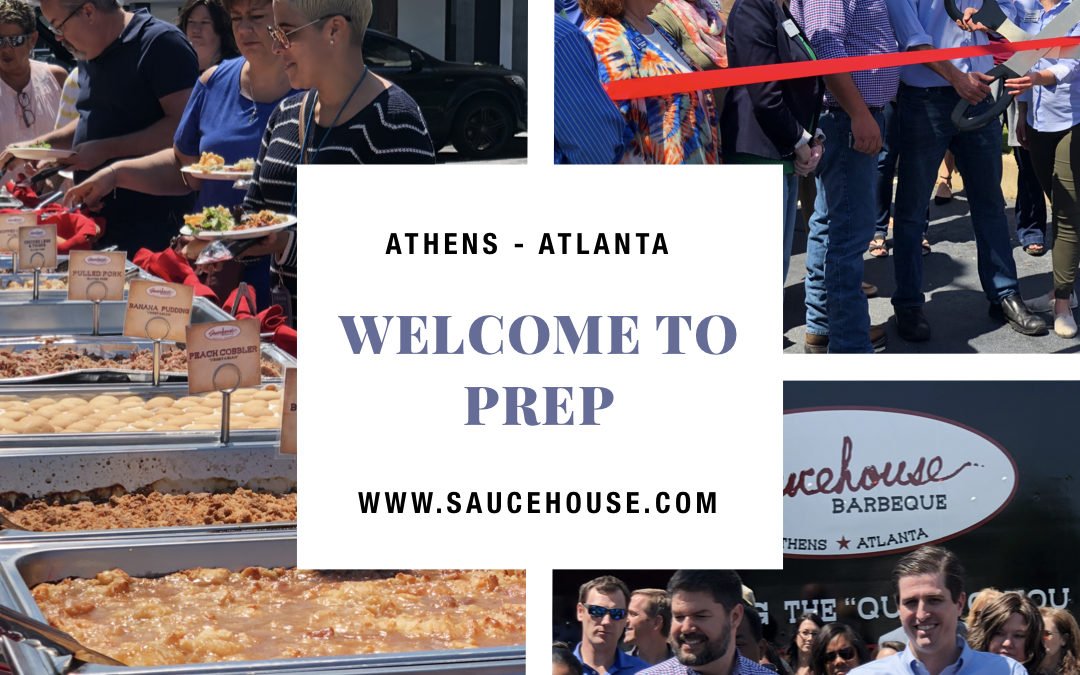 Saucehouse BBQ expands in Atlanta with help of Prep Atlanta!

According to Saucehouse founder Christopher Belk “PREP 2 allowed us to gain entry into the Atlanta market by having a catering kitchen available with a hood, walk-in Cooler, 3 tub sink, and commercial kitchen that was ready to be inspected for health department approval.  Working with PREP and its owners was a very easy and business friendly process and made it easier for Saucehouse to expand into the Atlanta market from Athens than it otherwise would have been.”

Saucehouse recently had their official grand opening held outside of their kitchen space at PREP 2 on April 27th.   Friends and Family were delighted to have a free catered lunch accompanied with a personal private tour of their state of the art kitchen space after eating some delicious BBQ!
Click here to view the blog post by PREP about Saucehouse.